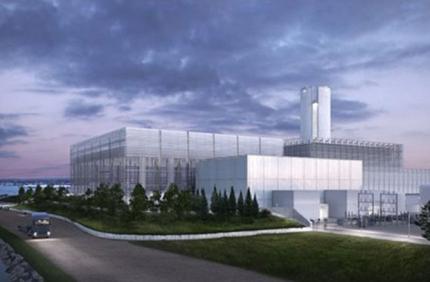 The Salem Harbour Station located 30km from Boston, Massachusetts, is being converted into a combined cycle power plant. The new natural gas-fired plant will have an installed capacity of 674MW.

It will consist of two units that will replace the four existing coal- and oil-fired units of the plant. The project is being undertaken by New Jersey-based firm Footprint Power, which specialises in transforming older and less efficient coal- and oil-fired facilities into more efficient power plants.

The Salem Harbour CCGT plant is expected provide electricity to more than 600,000 homes and fill the power gap in the Northeastern Massachusetts (NEMA) and Boston region. It will offset approximately 450,000t of CO2 emissions a year, on an average.

Footprint Power purchased the coal- and oil-fired power generation facility in August 2012 from Dominion, which was unable to keep up with the stringent pollution rules and high cost of operations.

Footprint Power cleared the ISO-NE Forward Capacity Auction to supply its electricity in February 2013 and the Energy Facilities Siting Board (EFSB) approved the company’s petition to construct the new power plant in October 2013.

The 65 year-old Salem Harbour Station was decommissioned on 31 May 2014. Demolition of the existing four units, which will be replaced by two new state-of-the-art combined cycle units 5 and 6, began in July 2014.

The new combined-cycle power plant will occupy 20 acres in the north-western portion of the existing 65-acre waterfront site. The remaining open areas will be developed to include a Harbourwalk, larger wharf, and expanded facilities for ferries, fishing vessels and cruise ships.

The units 5 and 6 will contain two GE 7F 5-series gas turbines with ‘Rapid Response’ capability, two steam turbines, and two heat recovery steam generators with selective catalytic reduction (SCR) and CO catalyst. They will be capable of adding 300MW of power to the grid within 10 minutes of start-up and convert 58% of the energy in gas into electrical power.

The units will be equipped with advanced emissions controls and noise reduction technology. They will turn down during off-peak hours, thus conserving fuel and reducing emissions output associated with a plant start-up.

The new plant is estimated to reduce the regional NOx emissions by 10%, SO2 emissions by 8%, and mercury emissions by 6%. The plant will utilise air-cooled condensers and avoid the use of large quantities of water from Salem Harbour for once-through cooling.

The facility will also include a water treatment facility, step-up transformers, two to three water tanks, and a 34,000gal above-ground ammonia storage tank used for the pollution control processes.

Natural gas will be delivered from the Algonquin Gas Transmission pipeline system to the Salem Harbour facility through a new 1.2mi-long, 16in diameter pipeline owned and operated by Spectra Energy. Footprint will build a piping system to interconnect with the new pipeline and the on-site meter station for supplying the natural gas fuel to the gas turbines.

Electricity generated from the plant will be fed to the national grid system at the existing substation located onsite.

“Electricity generated from the plant will be fed to the national grid system at the existing substation located onsite.”

Footprint Power will construct a new switchyard facility and connect each of the four generator step-up transformers to it through 115kV underground cable connections. Two 700ft-long underground 115kV transmission lines will connect the new switchyard and the national grid substation.

Iberdrola Engineering was awarded a construction contract by Footprint Power in December 2014. The scope of work includes all engineering, procurement, construction, commissioning, and site works for the new facility. Iberdrola is also responsible for landscaping the open spaces upon completion of the construction.

Footprint Power signed a $200m contract with GE on 31 October 2013 for supplying the FlexEfficiency 60 technology. Cookfox Architects designed the environment-friendly building of the power plant. Spectra Energy is responsible for the construction of an on-site metering and regulator station at the facility.

TetraTech is providing environmental consulting and permitting services for the demolition and redevelopment of the power station. It conducted environmental investigations at the site, and is assisting with the site and civil design including site utilities plans, grading and drainage plans, and erosion and sedimentation control plans.

The Perth Wave Power Project (PWEP) is an innovative offshore development in Garden Island, Western Australia (WA). It was developed…

Baghdad Bismayah (Bismaya) combined-cycle power plant is being developed by Iraq’s Ministry of Electricity, approximately 25km south-east of the Baghdad…

11 Dec 2020
Registration is disabled.
We use cookies to ensure that we give you the best experience on our website. If you continue to use this site we will assume that you are happy with it.ContinueLearn more