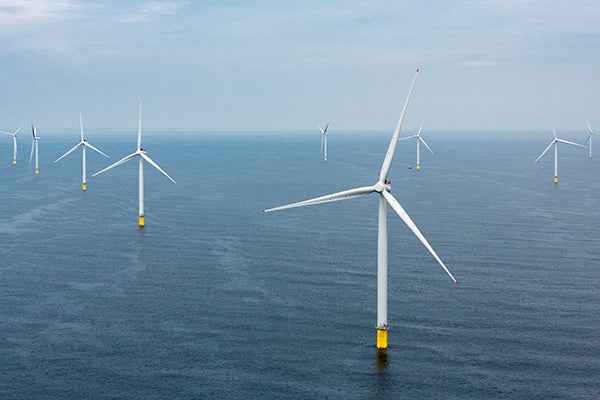 The 210MW Westermost Rough offshore wind farm is located 8km from the Holderness coast in Yorkshire, UK. The £800m ($1.37bn) wind farm was developed by Dong Energy through its subsidiary Westermost Rough, and the project is owned by a joint venture of Dong Energy (50%), Marubeni Corporation (25%) and the UK Green Investment Bank (25%). It is the first offshore wind farm to use on a commercial basis the next-generation Siemens SWT-6.0-154 wind turbines equipped with the world’s longest rotor blades.

Offshore construction for the wind power project began in January 2014 and commercial operations began in July 2015. The wind farm is expected to power more than 150,000 British households and offset 264,429t of CO2 emissions a year over its estimated operational life period of 25 years.

Westermost Rough is an important project, as it contributes to the UK’s goal of installing 33GW of wind power by 2020.

The wind farm is constructed on a 35km² site leased from the Crown Estate. The UK Department of Energy and Climate Change granted permission to construct the facility in November 2011.

The offshore wind farm comprises 35 Siemens 6MW direct drive wind turbines with a 154m rotor diameter. The blade length of the turbine is 75m, which is considered to be the world’s longest. The swept area of each turbine is 18,600m².

The power generated by the wind turbines is transferred to the offshore substation via a 33kV inter-array cabling system. The voltage is stepped up from low-voltage to high-voltage at the substation.

The electricity from the offshore substation is transmitted through a submarine cable, which has a land fall at Tunstall. The export cable continues underground from there connecting the new Ferndale substation on the Staithes Road via which the power output of the wind farm is fed into the national grid.

Offshore construction works for the wind farm began in January 2014 with the installation of monopile foundations for the turbines. The first five foundations were transported to the site using GeoSea’s Innovation vessel from the loadout port in Aalborg, Denmark. Each monopile weighs up to 800t and has a diameter of 6.5m.

A 50-member team monitored the wind farm construction from the operation centre being built at Fish Dock, Grimsby. The offshore engineering operations and maintenance base is situated at Royal Dock, Grimsby.

Siemens supplied the turbines for the Westermost Rough wind farm. It is futher responsible for the service and maintenance on the turbines for the first five years of operation. The contract for the design and construction of the offshore substation was awarded to Ramboll in 2011.