GlobalData’s latest report, ‘Hydrogen Electrolyzers Market Report Market Size, Share and Trends Analysis by Technology, Installed Capacity, Generation, Key Players and Forecast, 2021-2026’, reveals that the global electrolyzer capacity is estimated to grow to 8.52GW in 2026. Hydrogen is gaining prominence as a critical component of the energy transition, as significant policy support and government commitment to deep decarbonisation are spurring investments in hydrogen. By the end of 2021, seventeen governments released hydrogen strategies, with more than 20 governments publicly announcing that they are developing strategies, and numerous companies planning to tap business opportunities in hydrogen.

GlobalData’s report finds that Asia-Pacific will continue to be a high-potential market, as it will be the fastest-growing market for energy and growth in renewable energy. Over the next decade, Asia’s electrolyzer ability is projected to exceed 10GW and accelerate. Japan and Australia are expected to lead the green hydrogen development in the region, but China, India, South Korea, Singapore and New Zealand are also actively participating in this effort.

Large capacity is likely to be deployed in Latin America and the Middle East, particularly for export. Also, the US is broadening its objectives with its recently announced Hydrogen Earthshot. Hydrogen plays a major role in enabling Europe to achieve the energy transition. By 2050, hydrogen has the potential to generate 2,250TWh of energy in the EU, accounting for 24% of the total demand for energy.

In 2020, the global electrolyzer capacity stood at 26.88MW and is expected to reach 8.52GW by 2026. By the end of April 2022, APAC dominated the electrolyzer capacity, with a share of 45.45%, followed by EMEA and Americas with 35.18% and 19.37%, respectively. Siemens Energy, Hydrogen Europe NV, Nel ASA, Fusion Fuel Green Plc and ITM Power Plc are the top global manufacturers of electrolyzers up to April 2022. The increased support from governments in the form of hydrogen strategies and rapidly increasing low-carbon hydrogen capacity is driving the expansion of the electrolyzer market. 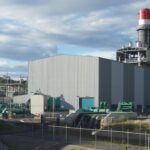 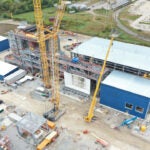