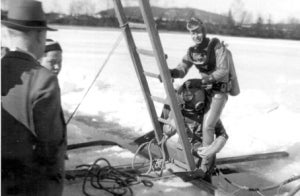 On Saturday, 16th June 2012, the Müller-BBM Group, parent company of BBM Akustik Technologie, celebrated its 50th company anniversary on Nockherberg in Munich with nearly all of its employees.

Rolf Michelsen, chief executive officer of the Müller-BBM Holding AG, was happy to welcome, among the numerous guests of honour, in particular the Bavarian Minister for Economy and Deputy Prime Minister Martin Zeil, the first mayoress of the municipality of Planegg where the headquarters of the Müller-BBM Group are located, and, last but not least, three of the five company founders.

In his speech, the Bavarian Minister for Economy Martin Zeil emphasized the strengths of Müller-BBM’s corporate philosophy: "I warmly congratulate Müller-BBM on its 50th company anniversary. Above all thanks to its highly qualified and motivated employees, the Müller-BBM Group is one of our champions here in Bavaria. Its employee participation program is especially innovative and exemplary. In this way, the company attracts both specialists and young talents."

Annemarie Detsch, the 1st mayoress of the municipality of Planegg, underlined Müller-BBM’s loyalty to its location and its success story: "Entrepreneurial thinking and acting of the employees, their know-how and the noticeably open working atmosphere have paved the way for this outstanding entrepreneurial achievement. Thanks to the competence and reliability of its employees, Müller-BBM plays a leading role also in numerous municipal decisions."

In his welcoming speech, Rolf Michelsen emphasized the importance of the employee participation model for the impressive and sustainable growth of the Müller-BBM Group. In the last 10 years alone, the number of employees has increased by more than 400. Due to the far-sightedness of Müller-BBM’s founders, a corporate culture involving the employee participation program was developed already in the 1960s, which, apart from technical expertise, was based on motivation, creative space for personal initiative and a fair remuneration.

Of the five company founders, the initiator Professor Helmut A. Müller (aged 83), who has also lent the company his name, the emeritus Harvard University professor Leo Beranek (aged 97), who has financed Müller-BBM’s foundation and its early years with his company BBN (Bolt Beranek Newman Inc.) located in the USA, and Professor Ludwig Schreiber (aged 84), who, like Professor Müller, had previously been assistant to Professor Lothar Cremer in Berlin and helped to get the young and excellently positioned company going with regard to its organization.

Leo Beranek, one of the most renowned acousticians worldwide, had already arrived several days before and given a lecture attracting much attention in the new lecture halls of Müller-BBM in Planegg on Thursday afternoon when he presented a method to predict the construction costs of concert halls already at a very early stage by means of only a few acoustic and spatial parameters on the basis of the statistical evaluation of the best concert halls worldwide. After the laudatory speeches held by three of the

managing directors of the Müller-BBM Group, the audience acknowledged the lifelong achievements of the visibly moved company founders with enthusiastic applause.

Following the honors, the two deceased company founders, Professor Dr. Lothar Cremer and his assistant and successor Professor Dr. Manfred Heckl were commemorated, who had established the scientific field of acoustics first in Munich and then in Berlin at the highest international level.

Müller-BBM was founded in 1962 under the name of "Schalltechnisches Beratungsbüro" (Laboratory for Acoustic Technology). Today, the Müller-BBM Holding AG is the parent company of the Müller-BBM Group with currently 30 subsidiaries and associated companies both in Germany and abroad and more than 650 employees worldwide.

The total turnover of the Müller-BBM Group was 95.8 million euros in the fiscal year 2011 and thus 15.4% above that of the previous year of 83.0 million euros.

The associated companies of the Müller-BBM Group are internationally active technology companies, which today are especially active in the following fields:

Engineering and other services in the fields of construction, environment and technology, in particular in the following areas:

BBM Akustik Technologie and BBM Gerber Technologie will be exhibiting at POWER-GEN Europe, between 27-29...

BBM Akustik Technologie, Germany is the world's leading supplier for flue-gas silencers. We supply the...