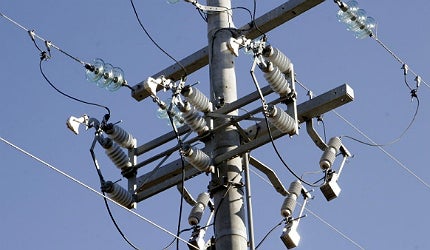 For the last 18 months a perfect storm of high taxes, bewildering taxation regimes, an overvalued currency and a host of other national problems has threatened to plunge Brazil’s economy into recession.

Throughout 2012, a range of incremental, targeted tax breaks have been implemented in an attempt to buoy up various stagnating sectors, culminating in the September 2012 announcement of Medida Provisoria (MP) 579 – a move cutting electricity taxes and slashing energy costs to help re-vitalise the ailing Brazilian economy.

This latest initiative is arguably the most bold and far-reaching to date – but with the existing combination of multiple different taxes driving some of the most expensive energy prices anywhere in the world, perhaps it needs to be if it is to stand any chance of achieving its goal.

When all these measures come into force in February of 2013, the average residential bill is expected to fall by more than 16%, and there is even better news for industrial users, who Brazil’s confederation of industry says currently pay the world’s fourth highest rate for their power. They could see energy costs tumble by as much as 28% as a result.

That could prove a major tonic for the world’s sixth-largest economy, since according to figures from the São Paulo-based Fundação Instituto de Pesquisas Econômicas (FIPE), high industrial tariffs force Brazilian consumers to spend twice as much in hidden electrical costs as they do on their own power bills.

To bring in her major new cuts, President Dilma Rousseff effectively invited power companies to sign up to them by 4 December, or risk losing their operating licences when they came up for renewal between 2015 and 2017.

"When all these measures come into force in February of 2013, the average residential bill is expected to fall by more than 16%."

"The government intention is to anticipate the renewals of the concessions and to reduce the tariffs to offer this benefit to final consumers as soon as possible," Michelle Berger, LAT-AM sales director at Echelon, explains.

"From what we understand, if a company renews the contracts now, it will play by the new rules, if they don’t renew it now, they will go for a complete new process and [have to] bid at the end of their contract."

Generators are, to all intents and purposes, being asked to waive between two and five years of higher revenues at the current rate, in return for immediate renewal and a certain – though seemingly less profitable – future, and that sort of thing asks big questions of companies and their shareholders.

"These measures aim to reduce the price of Brazil’s energy by 20%," says Douglas Baldassi Simon, investor relations spokesperson for Companhia Energética de Sao Paulo (CESP) – the largest electricity producer in the state of São Paulo, and third largest in Brazil. "But we can already see some of the impacts on the stock performance of the companies involved – down by 50%."

"The industry in general has considered this move an important step towards reducing the so-called ‘Brazil cost’ – the cost of doing business in Brazil – hoping that it will increase competitiveness and aid the growth of Brazil’s economy," says Geraldo Guimaraes, Elster Integrated Solutions’ vice president for Latin America.

"Such infrastructure improvements may be essential to the country’s long-term economy, but it needs a kick-start first."

Nevertheless, he feels that asking the utilities to accept reduced revenue and cutting taxes – especially those aimed at stimulating renewables or extending universal energy provision – could have some unintended consequences, possibly stalling Smart Grid development.

"This could affect the business case for rollout programmes," he warns, "since the regulator ANEEL has established an opt-in system for customers, and the utility companies have neither the budget nor the tariff coverage to invest in network infrastructure or meter replacement and software."

Jim Andrus, Echelon’s VP of sales for the Americas, broadly agrees, pointing out that although these measures primarily hit generation companies, some of them have distribution assets too, and these could suffer from the trickle-down. "However, everyone agrees that Brazil needs to invest in Smart Grid and that those projects will continue," he says.

Such infrastructure improvements may be essential to the country’s long-term economy, but it needs a kick-start first. According to predictions from the latest CME Group’s BRIC country update, 2013 should see Brazil begin a modest bounce back, with GDP rising to 2.5% (from 1.5% in 2012). It is encouraging news, but a far cry from 2010, when annual average growth topped 7.5%.

Despite being under siege from the world’s exporters, Brazil’s markets remain largely closed, with a range of import taxes, red-tape and restrictions imposed on foreign goods – and at the same time as the price of electricity was being lowered, those levies were raised across hundreds of items. The combination of this two-pronged protectionist strategy should, it is hoped, help Brazilian industry reduce its elevated production costs, and make it more competitive both at home and abroad.

There is, however, a long way to go. Currently, according to the World Economic Forum, the world’s sixth-largest economy ranks 48th in international competitiveness – just below tiny Malta and languishing two places behind the unlikely industrial power-house of Azerbaijan.

Levying higher taxes on tires, pharmaceuticals and steel, and cutting energy costs, may go some way towards helping indigenous manufacturers ride out the current economic headwinds besetting Brazil, but some observers feel there may be a price to pay in the longer term.

Fears for the future

"Generators are, to all intents and purposes, being asked to waive between two and five years of higher revenues at the current rate."

Although, as she points out, hydro-electric dominates the country’s generation, wind energy saw a five-fold increase in the five years leading to 2011’s economic wobble. Harnessing that for the future, she says, requires investment in both infrastructure and R&D – two things she fears may be damaged by these latest moves.

"This kind of protectionism often goes hand in hand with a softening of domestic competition, and that means there’s little or no incentive to innovate.

Add to that reduced incomes from electricity sales, and trade barriers to external manufacturers and technology providers, and at best it spells a bit of short-term breathing space until you have to face economic reality."

Recent events have highlighted just how much of a hand the government still has in the energy market, despite officially being privatised back in 1997. Andrus, Guimaraes and Simon all warn of the harm that is likely to be done to future investment, and without that, clearly, any gains are likely to be short-lived.