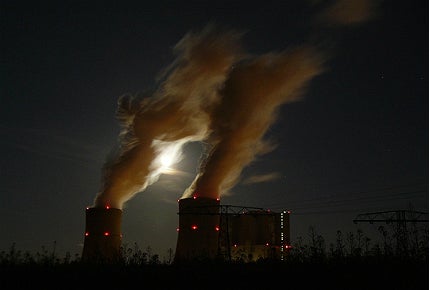 In the energy sector’s long journey from coal and gas-fired power plants to renewable forms of energy, the first step is admitting we all have a problem – a fossil fuel addiction that, if not addressed, will continue to have destructive consequences.

But if worldwide adoption of sustainable power sources represents a full recovery, then it’s clear that the global power industries, their billions of customers, and the market, are not ready for clean living just yet.

For this reason, companies and research organisations are investing heavily in interim technologies intended to improve the eco-performance of traditional fossil fuel power plants while renewable energy gathers momentum in the global market.

These technologies are the methadone clinics of the world’s environmental rehabilitation – if we’re unable to kick the carbon habit cold turkey, the thinking goes, let’s at least limit the damage while we wait for a better solution.

Of course, clean coal schemes are themselves beset by compromise and are often criticised for mere incremental improvements and sluggish development as power companies keep a sharp eye on their quarterly profits. The progress of carbon capture and storage (CCS), perhaps the most promising emissions mitigation technique developed for use in fossil fuel power plants, has been hampered by the technical difficulty of separating CO2 for capture, making its development a risky and cost-intensive prospect.

Now, this CCS roadblock might be on the brink of being cleared with the smart application of a chemical process that has been in existence for more than a hundred years.

A research team at Ohio State University (OSU) led by Dr. Liang-Shih Fan has been using the chemical looping process to dramatically ease the burden of CO2 separation and capture. The university team began working on chemical looping in the late 1990s, with the subsequent development of a plant-specific process for capturing CO2 receiving funding from the Ohio Coal Development Office and the US Department of Energy.

Dr. Fan, who is a professor of chemical and biomolecular engineering at the university, explains the concept and benefits of his team’s coal-direct chemical looping (CDCL) method, which was recently tested for more than 200 continuous hours at OSU’s combustion unit and is being prepared for a larger-scale pilot plant project, in collaboration with Babcock & Wilcox.

Chris Lo: On a basic level, how does the coal-direct chemical looping process work?

"The CDCL process has the potential to capture nearly 100% of the CO2 produced in coal-based power plants."

Liang-Shih Fan: In traditional coal combustion processes, coal and air are mixed together for combustion, releasing heat for power generation. The resulting gas is a mixture of CO2 and N2, which poses great challenges for CO2 separation. The CDCL process uses an oxygen carrier particle to indirectly supply oxygen to the fuel.

This allows us to inherently separate the fuel source, coal, from the air source. The result is the ability to produce a flue gas stream undiluted with the nitrogen from air that is nearly pure CO2.

The oxygen from the air is transferred into the iron oxide oxygen carrier particles. The oxygen carrier particles are sent back the reducer to complete the loop. From 2009 to the present, the 25 kWth CDCL process was designed, fabricated, assembled and successfully demonstrated with [more than] 640 hours of operation for the efficient conversion of solid coal to heat with nearly 100% CO2 capture.

CL: Could you tell me about the reactor you have developed to improve the oxygen-carrying capacity of iron oxide, and thus improve the economics of the CDCL process?

L-S F: We have developed a unique moving bed reactor design to effectively provide oxygen to the coal fuel, while producing a highly pure stream of CO2. This reactor design has a counter-current gas-solid contacting pattern where the oxygen carrier particles are moved downward by gravity in a packed moving bed fashion, while the gas travels upward in the reverse direction. This contacting pattern allows for the oxygen carrier particles entering the top of the reducer to easily polish off the gas stream to nearly pure CO2.

Therefore, the counter-current moving bed reactor design allows the OSU CDCL process to utilise more of the oxygen in the oxygen carrier particle, reducing the amount of solids we have to circulate in the process, improving the overall process economics.

CL: What are the major environmental and / or financial advantages of the chemical looping method when compared to traditional coal-fired power plants?

L-S F: Environmentally, the CDCL process has the potential to capture nearly 100% of the CO2 produced in coal-based power plants. Also, due to the flameless combustion of the coal fuel, NOx formation is significantly reduced. Other conventional pollutants could also be well-regulated in the CDCL process.

"The CDCL process does not require a new power plant to be built."

Economically, the CDCL process only serves as an indirect method to supply oxygen to the coal. Essentially, the overall reaction for producing electricity is the same as in a coal-fired power plant; oxygen reacting with coal to produce heat. Therefore, the process efficiency in comparison to a conventional coal-fired power plant is nearly identical.

The traditional coal combustion process requires investment in a costly CO2 separation unit for CO2 capture, which usually results in a more than 70% increase in the cost of electricity. Adding on the costs associated with CO2 compression and transportation, the OSU CDCL process has the potential to meet and exceed DOE’s target of a maximum 35% increase in the cost of electricity, with at least 90% carbon capture.

CL: What did your recent 203-hour test of CDCL tell you about the technology’s performance and suitability for larger-scale operations?

L-S F: The nine-day demonstration provided us with a substantial amount of information on the validity of the process for commercial application. Throughout the demonstration, we achieved nearly full fuel conversion and carbon capture, confirming the extended performance of the oxygen carrier particles and the carbon capture efficiency of the chemical looping technology.

Additionally, the smooth, continuous operation of the CDCL process throughout the 203 hours confirms the robustness of the unique OSU reactor design for the long-term operations critical for commercial power plants.

CL: What is the potential for trading captured CO2 from this process, to be used in enhanced oil recovery (EOR) operations or the production of biofuels?

L-S F: Generally, without regulations on CO2 emissions currently in place, carbon capture technologies can become competitive in today’s market if the CO2 can be sold as a valued product to offset the costs associated with its capture and transportation.

CL: How is work progressing on the larger-scale CDCL pilot plant project with Babcock & Wilcox?

L-S F: We have made substantial progress in the pilot plant project with B&W. We are combining OSU’s experience with chemical looping design and operation with B&W’s experience in surface heat exchanger design and commercial boiler operations to develop a commercially-viable CDCL process design.

Currently, we are finalising the conceptual design of a 550MWe commercial CDCL process and developing the preliminary process flow diagrams, P&IDs [piping and instrumentation diagrams] and equipment lists for the large-scale CDCL pilot demonstration plant.

CL: Is the technology simple to retrofit into existing coal power plant designs, or would new plants need to be built to take advantage of this innovation?

L-S F: The CDCL process does not require a new power plant to be built.

CL: Do you think CDCL could become a major driver for the development of CCS designs at power plants?

"We are finalising the conceptual design of a 550MWe commercial CDCL process."

L-S F: The major costs associated with carbon capture and storage / sequestration is the carbon capture step. For example, conventional approaches such as monoethanolamine (MEA)-based carbon capture can increase the cost of electricity by [more than] 70%.

Therefore, much of the research has been focused on the carbon capture step to more effectively bring down the overall costs of CCS. The successful commercialisation of the CDCL process will represent the development of a low-cost carbon capture technology which will definitely drive the further development of the latter two steps in CCS, transportation and sequestration.

A report from the Health and Environment Alliance claims that fumes from coal-fired power plants cause 18,000 deaths a year in Europe, costing €42.8bn in healthcare.