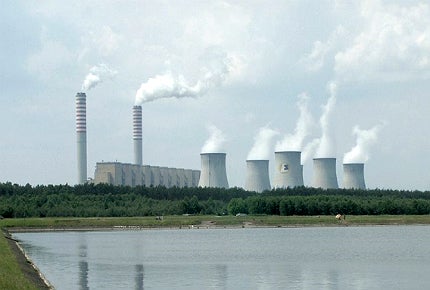 A huge fall in coal prices triggered by a flood of unwanted coal exports in the US has ignited a spike in European demand for the fossil fuel, but at what cost to consumers’ health?

American coal shipments to the continent increased by 29% last year, prompted by the North American shale revolution which led domestic electricity generators to switch away from coal and onto gas.

The resulting supply glut has sent European coal prices plummeting to just over $91 a tonne and, unlike in the US, the fuel is vastly out-competing gas as a feedstock for power stations.

This apparent EU coal revival has concerned sceptics like the Health and Environmental Alliance (HEAL), who for the first time in a new report provide worrying evidence of widespread respiratory and cardiovascular health issues caused directly by coal-fired power generation.

According to HEAL, external costs to health from coal power generation have been missing from the debate on the future of Europe’s energy mix.

In its report, entitled ‘The unpaid health bill: How coal power plants make us sick’, the alliance claims that fumes from coal-fired power plants cause 18,000 deaths a year in Europe and costs the EU €42.8bn in healthcare costs.

“These costs should be taken into consideration in all future energy investment decisions. Conversely, claims that domestic coal represents a cheap energy source need to be urgently revised,” the study warns.

Guidelines published by the World Health Organisation indicate that by reducing particulate matter and ozone pollution from 70 to 20 micrograms per cubic metre, we can cut air quality related deaths by around 15%, but with 50 new coal power plants currently in the pipeline, many EU member states will struggle to meet these targets.

Coal power generation in Poland is associated with the highest health impacts as well as health costs, estimated at more than €8bn per year, while Romania and Germany both rank second, with more than €6bn in health costs each, according to HEAL.

These air pollutants constitute the largest health risk for the general public in comparison to emissions to the water or soil, according to the report, and cause both acute and chronic health effects, such as chronic bronchitis, lung cancer, congestive heart failure, asthma and strokes, as well as pre-term delivery as a result of maternal exposure during pregnancy.

HEAL says that addressing air pollution from coal power plants alone has the potential to yield “significant savings” to health budgets, especially given that an average coal power plant operates for at least 40 years.

Despite mounting pressure from climate change campaigners to rule out investments in high-carbon coal projects, some European countries intend to further exploit lignite because they regard it as a cheap fuel key to national energy security.

“External costs to health from coal power generation have been missing from the debate on the future of Europe’s energy mix.”

In March, the European Investment Bank and the European Bank for Reconstruction and Development caused controversy by approving €650m in funds to revamp a new lignite plant at Sostanj in Slovenia.

Bankwatch, which monitors how European multilateral banks spend public money, said in a statement at the time: “This is all really bad news for Slovenia.”

“This plant alone will take up almost all of the allowed emissions for our country if we align to the EU 2050 climate goals. It is ironic that the bank of the European Union is lending Slovenia money that will make reaching EU objectives more difficult, and it is sad that in Slovenia we cannot count on coherent, positive cues from our country for Brussels,” added Barbara Kvac from Slovenian NGO Focus.

Disapproving pressure groups could be vital in putting an end to coal’s comeback, but the biggest factor likely to halt the revival will be the introduction of new EU environmental policy, which calls for a 20% reduction in carbon emissions by 2020.

Peter Osbaldstone, senior power analyst at Wood Mackenzie, says that the Large Combustion Plants Directive also obligates coal-fired generators with insufficient NOx and SOx abatement measures in place to permanently withdraw their plants from the market no later than the end of 2015.

“The operation of plants in that situation is also limited to 20,000 hours between 2008 and 2015 – with coal being so competitive, a lot of plants have burnt through those hours quite quickly.” adds Osbaldstone.

In the UK, new coal power stations cannot be built without expensive carbon capture systems. “That is just not an option in the short- to mid-term,” the analyst explains. “Gas is the only deliverable, flexible supply that we would expect in the mid-term, prior to the new nuclear supply arriving in the early 2020s.”

According to the International Energy Agency, coal’s share of the global energy mix continues to rise and will come close to surpassing oil as the world’s top energy source, but by 2017, coal demand in Europe is set to drop to levels slightly greater than those seen in 2011, due to increasing renewable generation and decommissioning of old coal plants.

“Some European countries intend to further exploit lignite because they regard it as a cheap fuel key to national energy security.”

By then, LNG export infrastructure coming online in the US will also be beginning to ship cheap gas overseas, giving some European countries greater power to negotiate prices with dominant natural gas suppliers such as Russia.

For now, coal represents value for the European power generator and, according to a January Deutsche Bank appraisal, the tight gas market means that coal prices would have to rise by almost $80 per tonne to restore competitiveness to gas.

Ken Montgomery CEO at Niksam Energy and Offshore Consultants & Engineers envisages Europe increasing coal use so long as the financials add up and energy security is of concern.

“Whilst I am unable to argue the HEAL cost, it will be very difficult to conclusively prove their allegation as governments and industry will find plausible arguments to dampen and distort it and other arguments to follow in light of increasing demand for cheap, secure energy,” adds Montgomery.

HEAL has called on policymakers and national authorities in all EU member states to create an environment that is free from the burden of air pollution, by introducing a moratorium on the construction of new coal plants and developing phase-out plans for coal in power generation.

But, with energy chiefs still putting forward their cases for funding coal-fired generation, the thought of cheap power is likely drown out any evidence of health costs related to burning dirty fossil fuels in the short to mid-term.

Why the UK needs US LNG

The US is on the cusp of exporting LNG abroad and British utility Centrica hasn’t wasted any time in locking down supplies for the UK.