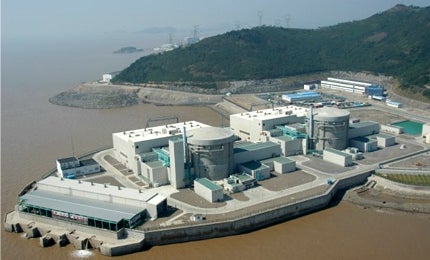 The March 2011 Fukushima accident in Japan did, in no way, discourage China from committing to its ambitious nuclear energy plans. And why should it have?

China has become one of the most important new entrants in the nuclear market, with technology transfers stimulating its growing economy, the production of necessary equipment and plants underway and major plans to develop its own design capabilities.

In its ‘Benchmarking the global nuclear industry 2012’ report published in November, Ernst and Young said: “With the largest nuclear market in the world, China’s growing experience is strengthening its competitive advantage in the sector.”

“China has become one of the most important new entrants in the nuclear market.”

More importantly, the country desperately needs to reduce its dependence on coal-fired power plants, if it is to decarbonise its economy and cut down on coal mining, which routinely kills more than 2,000 people a year.

In October 2012, China approved a power safety and a development schedule, effectively lifting a 20-month ban on nuclear construction, and in February 2013 the nation marked the roll-out of new nuclear when it commissioned the CNY50bn ($8bn) Hongyanhe plant in Liaoning province.

But, with the world watching its every move, is China ready to map the direction of future global nuclear expansion?

Before Fukushima, China had been embarking on the world’s largest nuclear construction programme, with plans to expand its capacity from 12GW to 80GW by 2020. This programme, given that reactors are about 1GW in size, would have required the construction of nearly 70 reactors a decade.

“The country desperately needs to reduce its dependence on coal-fired power plants, if it is to decarbonise its economy.”

“In expanding at this pace, China was projected to meet its target to have 40GW of nuclear power capacity in operation by 2020 a full five years early,” said Alvin Lin, China Climate and Energy Policy director at the Natural Resources Defence Council, in a blog published in December 2012.

But these ambitious plans were put on hold immediately after the meltdown, while the State Council conducted a nationwide inspection on all nuclear facilities.

No major incidents of non-compliance with safety regulations were found during the inspections, but a report released by the National Nuclear Safety Administration (NNSA) in June 2012 indicated 16 areas for improvement to be made within three years.

According to the report, safety issues which would need to be addressed include inspecting and waterproofing all electric cable lines, strengthening capacity to respond to earthquakes and ensuring the effectiveness of seismic monitors.

During safety inspections, some plants were found to be insufficient to cope with natural disasters, including the Qinshan NPP, a multi-unit nuclear plant under construction in Haiyan County, Zhejiang.

“This programme, given that reactors are about 1GW in size, would have required the construction of nearly 70 reactors a decade.”

The plant was designed with a flood bank measuring 9.7 to 9.99 metres high, based on a flood level of 9.51 metres, to prevent flooding in extreme conditions. However, considering possible changes in water depth and the shape of the bank during the next two decades, the plant’s design basis flood level should be 10.01 metres, said consultant Dynabond Powertech Service, citing issues raised by the report in June.

Results also indicated that Manila Trench, located west of the islands of Luzon and Mindoro in the Philippines, could bring about a major tsunami that would endanger nuclear power plants in Guangdong, in the event of an earthquake measuring 8.8 on the Richter scale.

But even in this worst-case scenario, the NNSA concluded that the influence of a tsunami on plants ,such as Daya Bay NPP in Longgang District, would be controllable and the height of the wave in the plants’ surrounding waters would be small.

Yun Zhou, research fellow on the Project on Managing the Atom and International Security Program at Harvard University, explains that no nuclear incidents have derived directly from earthquakes due to “wrong geological positions”, but adds: “To prevent accidents from a natural disaster, new plants will follow site requirements which might be more strict and consider by-products caused by the natural disaster itself.”

World Nuclear Association writer and analyst David Hess notes that several nuclear plants are built near active fault lines and earthquakes are “just a part of everyday life”, sometimes requiring a plant to temporarily shut down “if severe enough”.

“Even in the case of Fukushima Daiichi, where clearly the design basis was exceeded, the impact of the natural disaster was far, far greater than that of the nuclear accident.

“It is illuminating to note that there has not been a single recorded fatality (or even confirmed health effect) due to radiation from the Fukushima accident – and the possibility of future effects is likely to be too low to even be measured.”

On 24 October, the State Council approved the 12th Five-Year Plan for Nuclear Safety, compiled by the Ministry of Environment, and China’s construction programme was resumed.

The report suggested that the country will need to spend $13bn on improving nuclear safety at 41 operational and under-construction plants. But China National Nuclear Corporation (CNNC) chairman Sun Qin noted at the time of the report’s release that it is not finance that is holding back the nuclear sector in China, but the need to gain public acceptance.

Hess agrees: “Capital cost doesn’t seem to be an issue in China given that infrastructure investment is state-financed and considering the extra-ordinary engineering capability the country clearly possesses.

“Education and leadership are key parts of the effort to make people more accepting of nuclear power, and to let them make their own informed decisions,” adds Hess.

The main lesson China has learned from the Fukushima disaster is that it will need to adapt a new generation of reactor technologies going forward.

“The report suggested the country will need to spend $13bn on improving nuclear safety at 41 operational and under-construction plants.”

“An even greater diversity of reactor types are under construction – we see AP1000s, EPRs, fast reactors and even experimental high temperature reactors. Who knows what they’ll invest in next.”

The first four AP1000s, designed by US-based Westinghouse, are being built at Sanmen and Haiyang for CNNC and China Power and Investment (CPI), while at least eight more of these reactors are planned for four more sites, according to the World Nuclear Association.

Meanwhile, two Areva EPR reactors are being built at Taishan. The first unit is expected to be connected to the grid in October 2013, with commercial operations following two months later, and the second is set to be completed next year. 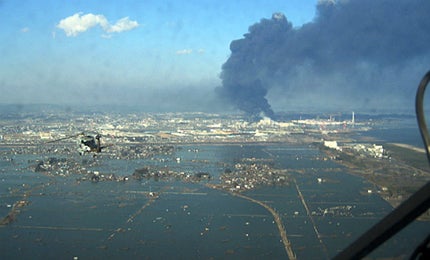 Chinese manufacturers are yet to develop their own design capabilities, but the nation has plans to expand its overseas activities and develop engineering, procurement and construction offers abroad.

Over the last few decades, China has transformed from being an importer of nuclear technology to manufacturing its own equipment, for its own plants.

So, with growing investments in nuclear and a strong focus on tightening safety standards in the sector, is China ready to ramp up the development of new nuclear, and breathe life into an industry dampened by uncertainty?

“Yes, absolutely,” says Hess. “There is a pressing need in China for the provision of cost-effective, clean and reliable electricity and nuclear power is the ideal choice for this.

“While China may still be somewhat young in terms of the age of its reactor fleet and accordingly has less accumulated operating experience than some, it has demonstrated a terrific ability to build these plants both on schedule and budget,” adds Hess.

Australia and China have formed a new partnership to clean up their abundant coal supplies.

Post-Fukushima, the debate on whether thorium is a better nuclear fuel than uranium has reached a new high.