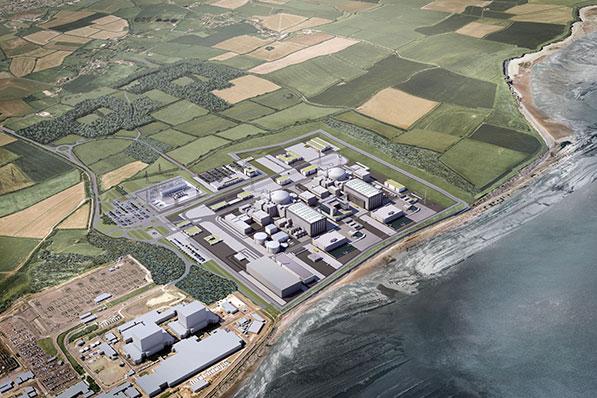 The Hinkley Point C (HPC) nuclear power plant being developed by Electricite de France (EDF) in Somerset is the UK’s first new nuclear plant in more than 20 years. It received development consent order from the UK Government in March 2013, with the final investment decision on the £16bn ($27bn) project expected by July 2014.

Approximately 3.2GWh of power is expected to be generated, using two generators while offsetting nine million tonnes of carbon dioxide from the atmosphere. Power generated will be enough to meet the needs of nearly six million homes.

The plant is predicted to produce approximately 26TWh of electricity per year during its operational lifetime of 60 years, which will be equivalent to 7% of Great Britain’s forecasted electricity demand in 2020s. The plant’s first unit is expected to be operational in 2023. Approximately 25,000 construction and 900 permanent jobs will be created by the project.

The Hinkley Point C project had attracted much attention due to the state aid provided by the UK Government in the form of a subsidy of £92.50 (approximately $156) for every megawatt hour (MWh) produced for a period of 35 years. The European Commission is currently conducting an investigation into the agreement and on subsidies the project has been given.

The UK’s 434MW twin nuclear reactor station entered service in 1967 and was decommissioned in 2012.

The power station site will be spread over 175ha on Somerset’s north coast on Bridgwater bay, lying adjacent to the Hinkley Point A and B plants. It will be the first nuclear plant to store the spent nuclear waste on site.

Two EPRTM reactors with a power generation capacity of 1.6GWh each will be installed at the facility. Each reactor is designed for an operational life of 60 years. The reactor decommissioning is forecasted to start in the 2080s and estimated to continue for 20 years. Currently, no EPR plant is operational in the world and the first two projects initiated, Olkiluoto in Finland and Flamanville in France, are still under construction.

The heat generated from the reactors will be used to produce steam to power the turbines directly connected to a generator. Each generator will be capable of producing 1,630MW of electrical power per reactor.

The turbines are based on Alstom ARABELLE steam turbine technology and have a power output ranging between 1,000MW and 1,900MW.

The nuclear plant construction is expected to take more than ten years. The two reactors are expected to commence operations between 2023 and 2025. Unit 2 is scheduled to be complete in 12 to 18 months after Unit 1 is finished.

Hinkley Point C is the first project in the UK to be included under a Funded Decommissioning Programme, which comprises EDF Group being responsible for the decommissioning and waste management costs associated.

“Terms include a strike price of £92.50 per MWh of energy produced.”

The UK Government and EDF entered into a commercial agreement in October 2013, on the key terms of the proposed investment contract for the nuclear power project. Terms include a strike price of £92.50 per MWh of energy produced, which is fully indexed to the Consumer Price Index.

The strike price is expected to come down to £89.50/MWh (approximately $151) with the start of EDF proposed Sizewell C site in Suffolk, which includes the installation of two more EPRTM water pressure reactor units. Proposals are being made to share the EPRTM reactor technology across the two sites, reducing the strike price. The investment contract will be valid for 35 years from the date of commissioning.

The project falls under the UK Guarantees scheme and debt funding of 65% of the estimated total cost will be provided under guarantee by the Treasury. However, financing will be subject to due diligence by Infrastructure UK, a unit within the Treasury.