The Moapa Solar power project broke ground for construction in March 2014. Photo: Business Wire.
Moapa is the first large-scale solar power project to have gained construction approval on a tribal land in North America. Photo: Business Wire.
A 5.5-mile long 500kV transmission line will be built to connect the project to the existing Crystal Substation. Image courtesy of uckhet. 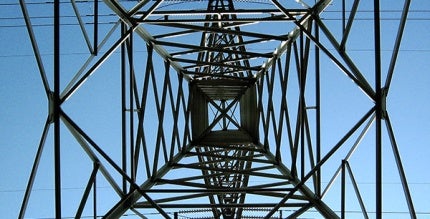 The project was previously being developed by K Road Power Holdings, which was acquired by First Solar in 2013. Groundbreaking for the project was held in March 2014 and operations are expected to begin in 2015.

The energy generated by the plant will be sold to the City of Los Angeles for 25 years under a power purchase agreement (PPA) with the Los Angeles Department of Water and Power (LADWP), one of the biggest municipal utilities in the US. The project is expected to create 400 construction jobs.

The solar power plant is being built on a 2,000 acre (809.3ha) site on the Moapa Paiutes’ tribal land about 30 miles north-east of Las Vegas. It is the first large-scale solar project to receive construction approval on a tribal land in North America.

"The plant will generate enough energy to power over 93,000 homes while curbing carbon emissions by approximately 313,000t each year."

The plant will use First Solar’s advanced photovoltaic (PV) thin film solar modules to generate enough energy to power over 93,000 homes while curbing carbon emissions by approximately 313,000t each year.

The project also involves the construction of an onsite substation and a 5.5-mile long 500kV transmission line connecting the project to the existing Crystal Substation.

The Moapa Solar power project will use First Solar’s advanced cadmium telluride (CdTe) thin film solar modules which, with a superior temperature coefficient, yield up to 9% more energy than conventional crystalline silicon solar modules of similar power ratings. The modules feature frameless glass-to-glass laminate and weigh 12kg each. The aperture area conversion efficiency of these modules is confirmed to be 17.5%.

The manufacturing process of these modules comes with a 25-year power output warranty and ten-year materials and workmanship warranty. The developers claim that the process is less energy-intensive than those of their competitors.

The Moapa solar project, when operational, is expected to contribute about 2.4% to LADWP’s renewable energy portfolio, helping the utility to produce 33% of its energy from renewable sources by 2020.

Agua Caliente Solar farm is a 290MW photovoltaic (PV) power project located in the east Yuma County of Arizona, US.

The commissioning of the project, along with a second utility-scale solar power plant being developed in the same region, will allow LADWP to stop procuring power from the 2,500MW Navajo coal-fired power plant in Arizona, in compliance with the California state law that mandates cumulative reduction of greenhouse gas emissions by 8.4mt between 2014 and 2019.

The existing transmission systems carrying high-carbon power from the Navajo Generation Station will be repurposed for renewable energy transmission, once these two solar projects come online.