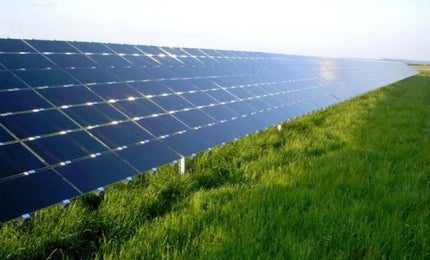 The 247MW Panoche Valley photovoltaic solar energy facility, one of the world’s biggest solar power plants, is proposed to be constructed on a privately owned grazing land in the Panoche Valley in south-eastern San Benito County, approximately 50 miles south-east of Hollister, California.

A 20-year power purchase agreement (PPA) for the solar energy project was signed with Southern California Edison (SCE) in August 2014. The $600m project is, however, mired in uncertainty with Duke Energy reportedly having backed out as a major investor and the project facing opposition from environmental groups.

"Upon completion in 2019, the plant will be able to power approximately 80,000 California homes with clean energy."

PV2 Energy is currently in search of potential investment partners for the Panoche Valley Solar Project, whose construction is expected to start in 2015 after receiving final approval from state regulators.

Upon completion in 2019, the plant will be able to power approximately 80,000 California homes with clean energy while offsetting a significant amount of CO² emissions.

The Californian photovoltaic solar project was first proposed by Solargen Energy and witnessed initial development in October 2009. It was originally planned to have 1,000MW of installed capacity and be spread over 10,900 acres of land.

The project size was, however, later scaled down to 420MW and then to 399MW by the time PV2 Energy took over ownership. It was redesigned and the solar panel footprint was reduced to 3,200 acres.

Approval was received from the San Bonito County Board of Supervisors in November 2010 but was opposed by environmental groups who filed a legal suit alleging that the proposed solar farm threatens endangered species including San Joaquin kit fox, the blunt-nosed leopard lizard and the giant kangaroo rat..

However, a Californian appeals court ruling in August 2013 approved the solar project, asserting sufficient land had been set aside to offset harm to endangered species.

The 399MW and $1.8bn solar project was further scaled down to 247MW and $600m towards the end of 2013, reducing the solar panel foot print to 2,500 acres and over 24,000 acres of land surrounding the project for permanent conservation.

Panoche Valley solar project, as of August 2014, was yet to receive environmental approvals from the US Fish & Wildlife Service and the California Department of Fish and Wildlife.

The Panoche Valley utility-scale solar photovoltaic power station will use thin-film solar modules with the solar panels placed directly on the ground avoiding cement base in order to allow vegetation to grow. The panels will be raised above the ground so that sheep and other cattle can graze beneath them.

It will generate minimal noise and emit negligible light at night during operations, and use water from on-site wells instead of relying on agricultural or community water sources.

The project site, covering 4,717 acres of the acquired land near Highway 5, has been confirmed as a micro climate suitable for photovoltaic development by the US National Renewable Energy Laboratory (NREL).