The BOA Group manufactures flexible mechanical elements including steel and rubber expansion joints, bellows and hoses for the power industry. 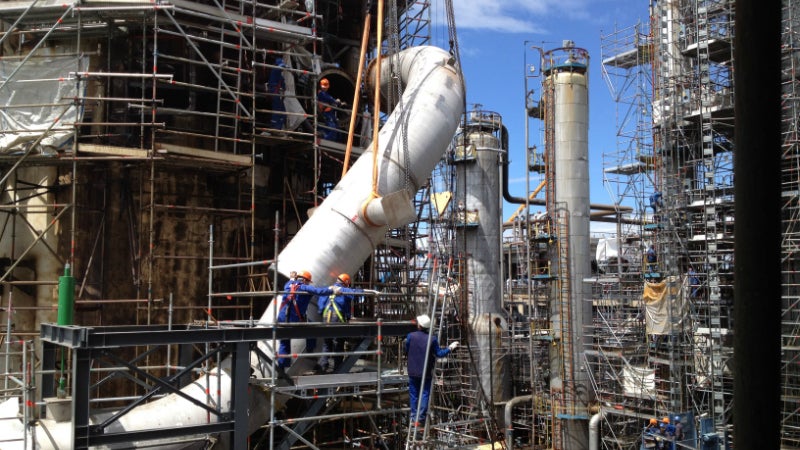 The BOA Group manufactures flexible mechanical elements including steel and rubber expansion joints, bellows and hoses for the power industry.

Expansion joints, bellows and hoses for the energy sector

BOA Group flexible solutions can be found in almost every energy application. BOA expansion joints, rubber bellows and metal hoses are used in a wide variety of applications, including:

Expansion joints are flexible piping elements used for taking up movements in piping systems. These movements can be caused by thermal expansion, ground movements or misalignment.

BOA has 100 years of experience in the application of expansion joints in power stations and other energy plants, including nuclear, CCGT, CHP and solar.

BOA’s worldwide manufacturing capabilities can produce expansion joints up to 4m in diameter and up to 35t in weight. They can also be made from other alloys such as Inconel, Incolloy and Hastelloy

They have also been applied successfully in piping systems for water, gases and different chemicals and are often found on large diesel and gas engines. BOA rubber bellows can be manufactured up to 30cm in diameter and are supplied complete with flanges and other hardware, such as tie bars and sleeves.

BOA manufactures mechanical and hydraulically formed hose with either annular or helical corrugations. Usually made from AISI 316L stainless steel the can also be manufactured from other alloys.

When fitted with stainless steel braiding these hoses can withstand working pressures of up to 350bar.

About the BOA Group

With 15 subsidiaries and shareholding in 13 countries, as well as sales and service offices in most industrial countries the BOA Group is represented worldwide.

BOA has manufacturing plants in Germany, France, the Nederlands, Romania, the US and China.

BOA is proud to announce the award of a contract to supply 24 sets of flexible hoses for the fuel distribution system (FDS) and 24 sets of pressure balanced expansion joints for the secondary air system (SAS) of H-class gas turbines to be delivered in a period starting in February 2016 until summer 2017.

BOA has recently supplied a replacement expansion joint for the MIRO Refinery in Karlsruhe as part of its' 2015 turnaround programme.

The Fangchenggang Nuclear Power Plant (NPP) is located in Fangchenggang, within the Guangxi Zhuang Autonomous Region, approximately 50km from the border of Vietnam. It is the first nuclear power project in western China.

BOA bellows, expansion joint and flexible hoses offer reliable, safe and economical solutions to problems that are associated with the thermal expansion and vibration of piping systems and vessels. BOA products are designed to protect critical plant equipment from excessive forces and movements.

The BOA Group offers metal bellows, expansion joints and metal hoses for all kinds of high, medium and standard-voltage applications.