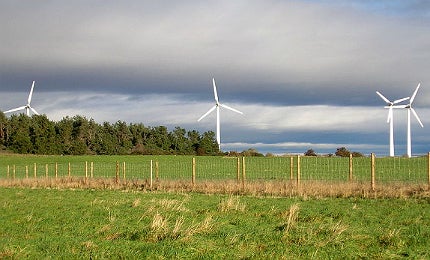 In February, Centrica withdrew its plans to participate in the UK nuclear new-build programme amid uncertainties over the construction schedule and pre-development expenditure on the project approaching the agreed £1bn cap.

While the project is experiencing progress in several key areas, specifically design and planning, Centrica said the anticipated project costs have mounted and the construction timetable has been extended by ‘many more years’ since its initial investment.

Last year, the country installed 15.9GW of onshore wind turbines, becoming the world’s largest wind market in terms of annual installed capacity, despite an 18% decline from 2011.

Inner Mongolia tops the list of installers in China in 2012, with 1.7GW of new capacity, followed by Shandong with 1.4GW and Hebei, with 1.1GW.

The announcement came after Beijing lifted a construction ban on the industry following a series of safety reviews on China’s nuclear plants.

In the last year, developers have applied to construct 11 projects, each with a capacity of around 20MW.

UK energy supplies are on a "roller-coaster" and heading "downhill fast", as power plants close and the demand for imported gas rises, energy watchdog Ofgem has warned.

The UK is set to rely increasingly on gas supplies, but costs for the resources are rising and foreign supplies are shrinking.

Russia is expected to cancel supplies from its Shtokman field while demands from China, where gas prices are 60% higher than in the UK, are growing at 20% per year.

Jordan has signed 30 agreements with the private sector to set up renewable power projects in the kingdom, in a bid to boost its struggling economy.

During the next five years, the country intends to generate up to 1,000MW of clean energy from renewable power sources, including wind and solar.

Currently, Jordan imports most of the energy from neighbouring nations, including gas from Egypt and oil from Saudi Arabia.

This has exhausted the kingdom’s economy and pushed the government towards bankruptcy.

UK-based MeyGen and Sea Generation Wales have been awarded a share of a £20m fund to help drive growth in the UK’s marine energy industry.

The two companies have been chosen for funding under the UK Government’s Marine Energy Array Demonstrator scheme (MEAD).

China has started operations at the first nuclear plant since a construction ban on the industry was lifted following Japan’s Fukushima disaster.