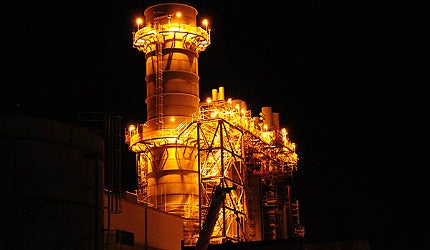 Lodi Energy Center (LEC) is a 300MW combined cycle natural gas power plant located in the state of California, US. It is located on a 4.4 acre site and is one of the cleanest and most efficient plants in the country. Construction of the $388m project started in July 2010 and was completed by August 2012.

The plant is owned and operated by the Northern California Power Agency (NCPA). The NCPA includes nine members and four public entities. Silicon Valley Power is the major partner in the LEC with a 25% interest. Investment and benefits of the plant will be shared among these members.

The project is the first of its kind in the state and is expected to serve as a model for future projects. More than 300 jobs were created during construction by the project.

“The plant is owned and operated by the Northern California Power Agency (NCPA).”

The LEC is also equipped with a Siemens SPPA-T3000 Control System, providing an efficient control platform for the plant.

The plant is located adjacent to NCPA’s existing power plants. This enabled the plant to take advantage of the existing infrastructure. A new 2.7-mile gas pipeline was laid to supply gas to the plant.

Power generated by the plant is supplied to the power grid through the existing switchyard. As a result, no new transmission lines were required to be built.

“The project is the first of its kind in the state and is expected to serve as a model for future projects.”

This is achieved by disconnecting the gas turbine from the heat recovery steam generator and the inclusion of quick start-up features, such as Benson once-through technology, steam bypass systems, steam turbine stress controller and piping warn-up techniques.

The technology enables the plant to deliver power to the grid in less than an hour of the start-up. The plant can operate with an efficiency of 57%.

The plant provides operating flexibility and can respond to the rapidly changing power demands. This flexibility will bridge the gap between the intermittent power supply from renewable resources of energy, such as wind and solar.

“The technology enables the plant to deliver power to the grid in less than an hour of the start-up.”

ARB was the general contractor for the project. Scope of work under the $99m contract included procurement, construction, installation, maintenance and operations training, commissioning, start-up and testing services.

ARB worked with several subcontractors to complete the project. The subcontractors included Granite Construction for civil work, Neutron Instrumentation for instrumentation and transformer assembly, Power Industry Consultants for start up and commissioning work, and Cupertino Electric for electrical works.

The cooling towers were built by SPX Cooling Technologies. Agate Construction was responsible for construction of the buildings that accommodate the steam turbines. Worley Parsons handled the construction work for the project.

Local environmental impact of the LEC

The power plant will help in reducing the state’s greenhouse gas (GHG) emissions. Quick start-up of the plant will reduce carbon emissions by nearly 200t per annum compared to conventional combined-cycle plants.

“The cooling towers were built by SPX Cooling Technologies.”

LEC will use reclaimed water for its cooling systems further reducing its environmental impact.

Mojave solar project (MSP) is a 250MW solar thermal power facility being built in San Bernardino County of California, in the United States.

With an output of 720MW, The High Desert Power Project (HDPP) was the first new major power plant for Southern California in more than a decade.