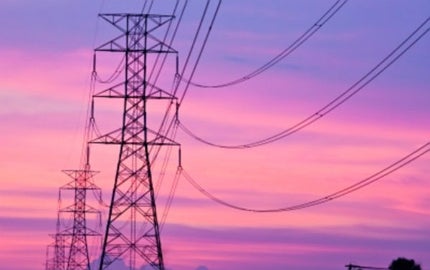 As of September 2012, India had an installed power generation capacity of 207GW, the world’s fifth largest. Yet the country still witnesses frequent power outages and in many areas, electrical supply is rationed.

In its 12th Five Year Plan – a report published in January – India’s Working Group on Power said it aims to ensure that power reaches “all people with particular attention to the poor and vulnerable sections of society”.

But, fixing the nation’s energy crisis could prove to be hugely problematic as it faces a backlog of missed investment targets and chronic fuel shortages, arguably caused by bad management and the roll out of clumsy state policies.

Despite India having an installed power capacity to rival the US and China’s, the nation is failing to meet the rapidly growing demand for electricity.

The original target for installed power generation capacity under India’s 11th Five Year Plan (April 2007 to March 2012) was 78,000MW, but the country could only add about 55,000MW, against the revised target of 62,000MW. In fact, India has missed every capacity addition target since 1951.

“Despite India having an installed power capacity to rival the US and China’s, the nation is failing to meet rapidly growing demand.”

One factor that is adversely impacting capacity addition in India is the lack of foreign investment. The country has missed investment targets for the last 60 years and according to figures from the International Energy Agency, another $1.62 trillion will be needed for supply infrastructure between 2012 and 2035.

It is believed that the fallout between US power company Enron and the state government of Maharashtra had a huge impact on foreign investment in the sector.

In 2001, Enron was India’s largest foreign investor and had engaged with the government to build the Dabhol Power Plant. But the board of the Dabhol Power Company (DPC), 65% owned by Enron, authorised management to terminate its contract following repeated defaults by the Maharashtra State Electricity Board (MSEB) on bills for electricity supplied by the plant.

Major fuel shortages have also had an impact on capacity addition and investment. The troubled Dabhol power project is currently operating at one-third of its capacity thanks to a lack of gas supplies, while the National Thermal Power Corporation’s plan to expand the Kawas and Gandhar power plants in Gujarat are being thwarted due to issues related to gas-linkages.

According to the Ministry of Power, gas-based capacity of 8,000MW is ready for commissioning, but cannot start due to scarcity of the fuel.

The conflict between industry and environmental groups is also affecting the addition of power capacity in the thermal, hydro and nuclear sectors. Some projects are facing inordinate delays and others have been abandoned.

“According to the Ministry of Power, gas-based capacity of 8,000MW is ready for commissioning, but cannot start due to scarcity of the fuel.”

In May 2012, the National Green Tribunal cancelled the environmental clearances granted to the 2,640MW coal fired project planned for construction by the Nagarjuna Construction Company in Andhra Pradesh.

The fate of the project had been hanging in the balance for nearly two years following violent protests that led to three people being killed in police firings.

Acquisition of land for mega infrastructure projects in India is proving to be a Herculean task. The compensation process (to people from whom the land is acquired) often lacks transparency, mired in controversy and local politics.

There have been instances where powerful politicians have acquired land from farmers at nominal rates and sold it to developers at phenomenally higher rates.

In September, the Chhattisgarh high court quashed a land acquisition order by the state government for four power projects proposed by companies including SKS Ispat and Power Ltd.

The court ruled that the state had misused its powers to acquire land since the coal-based plants did not constitute ‘public purpose’, reported the Times of India.

Hamida Siddiqui, who represented petitioners from Deori and Dumarpali, who lost land to Visa Power, said at the time: “The companies did not negotiate with farmers. They simply signed agreements with the government informing them of the location where they wanted land.”

In light of public concerns for coal and nuclear power, the Government of India Planning Commission increased its renewable energy target for 2020 from 6.4% to 15% in April 2011.

Since then, Reliance Industries, Tata Steel and 48 other companies have been sent letters by government to ensure they comply with clean energy targets, or face fines.

Reliance and Tata are required to build or procure the equivalent of 158MW of solar power, according to a list from the Ministry of New and Renewable Energy.

In the same month, the ministry said it will provide funding for the development of 60 solar cities in the country. The ministry has approved the ‘Master Plants’ for the 28 cities and some project installations have already begun.

More than 600 million people in 20 of India’s 28 states were affected by the power cut after three electricity grids collapsed. 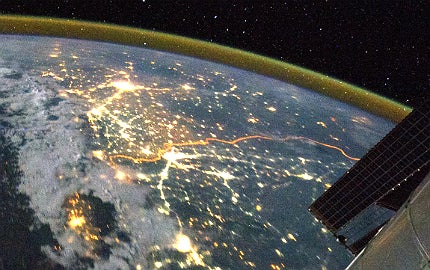 IEA South Asia programme manager Dagmar Graczyk says: “There is therefore a clear need to upgrade load management including introduction of smart systems, which is already a policy priority of the government.”

“The states are exclusively responsible for distribution and intra-state transmission and also maintain their own generation capacity. Hence, a large part of reforms required in the power sector need to be designed and implemented at the state level.”

Bad governance is a key cause of chronic electricity shortages, but almost one-third of the power generated in India is lost to damaged equipment or theft.

The financial burden on distributing agencies to crack down on theft is enormous and so, in an attempt to resolve the problem, some states have begun to privatise the distribution of power.

“Fixing the nation’s energy crisis could be hugely problematic as it faces a backlog of missed investment targets and fuel shortages.”

But the privatisation initiative has had its fair share of problems. When Torrent Power took over power distribution in Agra three years ago, rampant theft meant that 70% of electricity consumed in the city was not paid for, according to a report by Reuters in September 2012. Torrent then forced customers to pay up, causing a city-wide backlash.

In addition to actual theft, losses are caused by authorities failing to crackdown on defaulters, and not all electricity consumers in India are metered.

Graczyk explains: “In many states electricity was provided un-metered until rather recently and several states provided electricity for free or at highly subsidised rates for certain consumer categories. That has created a culture of entitlement that will be challenging to change.”

Moreover, reforms in the power sector and changes in management responsibility of the distribution segment have coincided with higher power tariffs without a simultaneous increase in reliability and continuity of power supply.

What’s next for India’s energy sector?

This year, India has been actively devising policy instruments to tackle chronic energy shortages. In September, state-owned Power Grid Corp, which wheels about 50% of the total power generated in India, pledged to spend INR1 trillion ($18bn) to upgrade its network during the next five years and prevent further blackouts.

“More than 600 million people in 20 of India’s 28 states were affected by the power cut after three electricity grids collapsed.”

But, according to the International Energy Agency, it will take more than infrastructure upgrades to fix India’s energy problems.

In its ‘Understanding Energy Challenges in India’ report published in September, the agency states that the country should “overhaul its current patchwork of energy policies.”

Energy players need to be commercially viable, according to the IEA, with access to adequate financial resources. Pricing mechanisms in the sector must also ensure commercial viability and send “proper signals” to the market.

A “truly integrated and consistent energy policy is critical to guide and direct India’s energy sector and ensure investment,” the report states.

Currently, the central government has only indirect power to influence state policy and final implementation of these policies rests with the state governments.

Graczyk says: “A closer analysis of the AT&C (Aggregate Technical and Commercial) losses shows a huge divergence among states with losses ranging from between 15% to more than 50%, which implies that with a right policy effort by the state government, the situation can be improved.”

Smart grid adoption in the Middle East – an oasis of opportunity

The Middle East is in the early stages of smart grid development but accelerated growth, fuelled by large domestic demand, means the door of opportunity for investors and technology manufacturers is open.